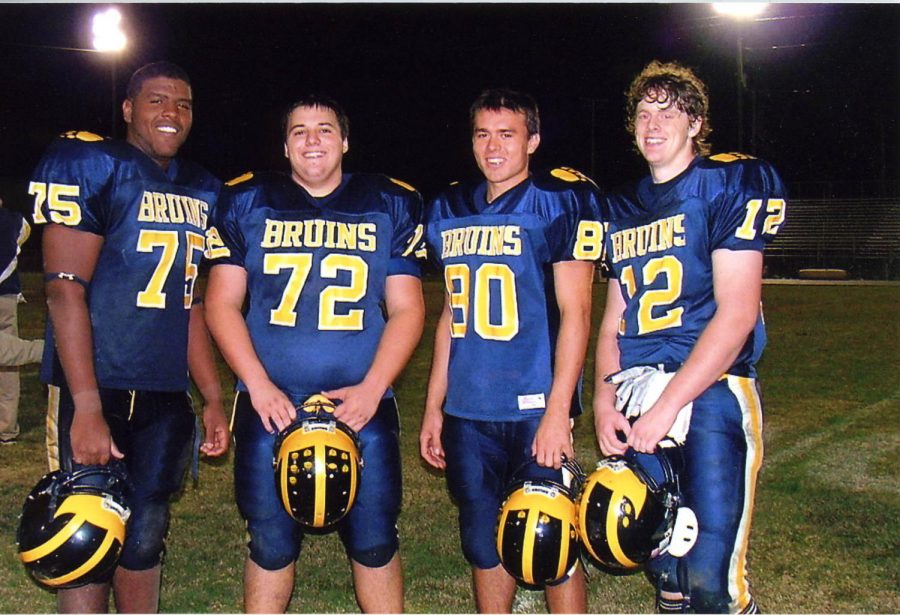 John was the quarterback on the varsity football team for three years.  When asked about his experience being on the football team, he said that, “Football, for sure, was a big part of my life throughout school.  The team aspect of it was my favorite.”

He continued to say, “I’m a big people person, right?  So, being out there with a bunch of really close friends and going through tough situations together.  I really got a lot out of it.  Things that are practical today, like leadership skills, interpersonal skills, knowing how to talk with people, and how to get the most out of somebody.  But at the end of the day, I also just really enjoyed playing football.  Running out there, throwing the ball, hitting people, and just playing the sport in general.  So, my favorite part of it was definitely the people.  But, it’s also just a fun game.  Hard to beat the Friday nights.”

He had a close group of friends including Brandon Carr, Mikey Fly, Chad Evancho, and Bryan Barnson, and who were also on the football team.  “That’s who I spent the majority of time, even outside of football, with,” said John.  He’s still even close friends with them today and sees them often.

Not only did John have a close friend group, but he had a girlfriend as well.  He and Jacqueline (Jackie) Henderson started dating in eighth grade, went to Virginia Tech together, and are married to this day.

John had a strong interest in science and math, hence why he pursued a mechanical engineering degree.  His favorite classes were AP Physics, Physics for Technology, and AP Statistics, and his favorite teacher was Mr. Trivett who taught AP Physics.  Some other influential people in his life were Coach Johnson and Coach Walker.

However, high school wasn’t all easy sailing for John.  AP Physics gave him a wake-up call to what he would experience in college.  “That physics class that I liked so much was the first class I had in high school, I think, that gave me the same feeling I had in college, of ‘Man, I really don’t know what I’m doing here. Man, this stuff is really complicated and really busy.  So, I really need to buckle down and learn this stuff.’  So, I think probably why I remember that class so much is because I had to work so hard.  And so that did force me to grow and to study a lot harder.  It was a really challenging topic.  So, that whole class in itself was kind of an ‘overcoming the hurdles’ sort of thing.”

But even though John experienced this trouble, he still enjoyed high school.  He was very involved in school, and he lived life to the fullest during his high school career.  “I think it [Western Branch High school] had a big impact.  I mean, I’m still really close friends with a lot of the people that I was friends with back then.  So, I think that friend group, those teachers, and those classes definitely were a big part in shaping who I turned into at college. And then, that set me up for there.  So, obviously, from the personal aspect, I think that was a big part of who I am today.”

He went on the saying that, “I think the classes gave me a place where I could be ready to go to college.  I had to earn the grades, but it at least got me to a point where if I succeeded, I could have my pick of the schools that I wanted to go to and apply to.”  Lastly, he said, “I definitely look back fondly at my time at Western Branch, for sure.”