Howl-O-Scream: There Wasn’t A Fright In Sight 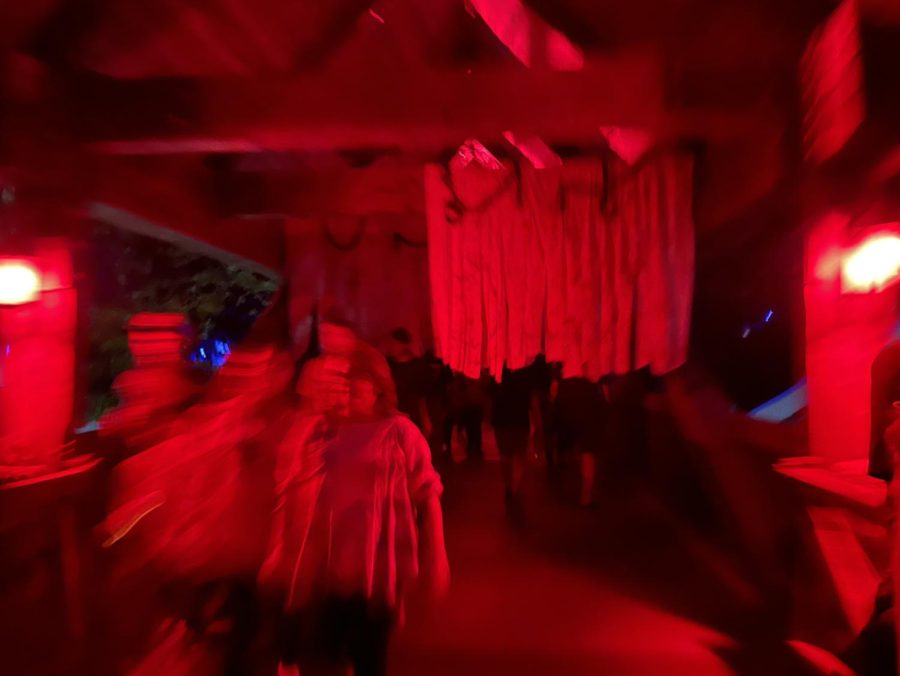 Scares and thrills are finally here with the grand return of Howl-O-Scream at Busch Gardens. With new haunted houses and the same spine-chilling rides, Howl-O-Scream offers an exciting experience where you can expect the unexpected and also be met with some familiarity, but if you’re a horror fanatic don’t expect much.

Genuine fear is the main goal this year and to try and achieve that, the staff run around with various props such as chainsaws, butcher knives, hand-fans that mimic a “clip-clap” sound, and terrifying masks. As you make your way through England, you’ll feel like you’re at traditional Busch Gardens, disappointing, to say the least, as there’s only certain areas within the park you can expect to be spooked. 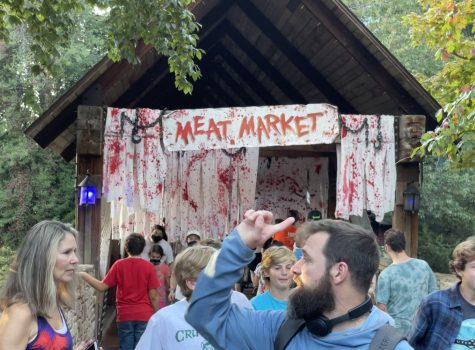 The Meat Market seems to be where their main drive of money went, for workers that is. The decorating felt rushed compared to the other regions that had detailed props and decor as it had an uninteresting van with blood splattered on it and dark-red lights.

Walking upon the bridge leading into Canada, you’ll get slapped in the face with draping “blood-covered” cloths dangling from the beams. I saw where they were going with the theme of trying to spook you before you get into the Meat Market, but what would’ve really done the trick is employees on the bridge trying to scare you along with some eerie music.

The best thing about this space was the dedicated employees as it felt like they were actually trying to do their jobs whether they hid behind walls or just chased you around with their chainsaws. What’s even better is people actually seemed scared from their tactics.

Throughout Howl-O-Scream there were very similar themes of men with chainsaws, bats, and butcher knives. This was incredibly emphasized within one of their haunted houses, the Killarney Diner. 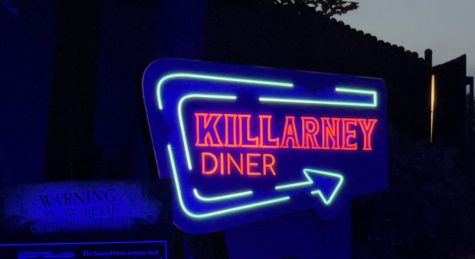 After waiting in an outrageous line, you’ll finally get sent into a close-cornered, diner-themed building. You can expect people hiding in walls or behind doors, as well as plainly dressed workers who were scattered throughout the haunted house.

Though this might be refreshing to see if you’re faint-hearted, seeing them completely pulled me out of the atmosphere that was building up. Not only was it non engaging, it was incredibly short and dry. 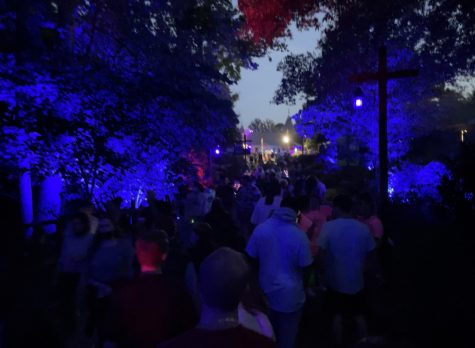 Good luck trying to get through the large crowds in between the houses because it was completely over packed which not only made my family feel uncomfortable, but me as well. Before six o’clock, there were the understandable large crowds, but after six o’clock, the crowd almost tripled as there was a sudden influx of people when Howl-O-Scream officially began. Instead of putting a limit on the capacity of people, they let everyone in despite it being an incredibly easy thing to avoid.

It felt like the establishment was in it for the money instead of aiming to please the guests since there wasn’t a square inch in the whole park that didn’t have someone standing on it. Combined with long lines, big crowds, and an overall weak fear experience, you can expect a hectic atmosphere.

Throughout the park, you’ll hear rock music such as “Angel” by Theory of a Deadman which in itself is enjoyable, but with fog and the close proximity you’ll be in with others, the combination feels more like a migraine. Everywhere you go there’s music blasted to the point where it was painful.

“Coasters in the dark” is something that they raved about throughout their ads, but you might have a ten percent chance of actually getting on one because the wait times are two-plus hours. If you decide to run through one or two haunted houses out of the five they provided, you will not be able to sneak in a ride before you go home. 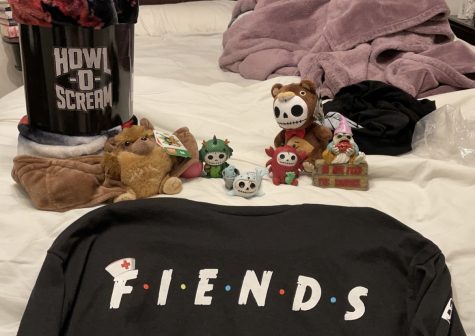 Regardless of the crowds, wait times, and lack of horror elements, they seemed to have great food such as soft pretzels, pizza, and ice cream. Stores were packed as well due to the love of the merchandise this year and one even had the creator of Furrybones, an independent business that sells their adorable collectibles, there to sign merchandise.

At the end of the night, you might find yourself going home with one or two souvenirs along with aching feet and an obnoxious headache. If you are not too fond of intolerable crowds like I am, I suggest sitting this one out and going to a community haunted house or staying at home for a horror movie night. Howl-O-Scream is a lackluster, waste of time, irritating event that could easily be beaten by staying home.